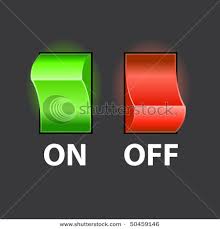 In about two hours, the federal government may “shut down,” or so we’ve been told all day. We’ll see. I’m picturing this huge on/off switch down in the basement of the Capitol Building, and a bunch of Senators and Representatives may have to solemnly walk down there, open a door requiring two keys, and then after one of them nods to another one, someone will flip the switch to the “off” position.

People will still get up tomorrow morning and do their normal things. It’s just not that big of a catastrophe.  I won’t go so far as to say it’s a non-issue, but it’s pretty close.

In fact, while we’re shutting down the government, can we shut down the news people too?

Have a nice Saturday, with or without the government’s help.

1 Response to Shutting Down?