How to Bounce Back 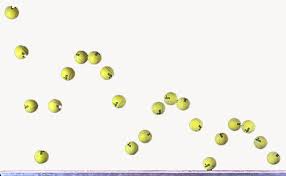 Today’s blog post is going to be one of those rare “self-disclosure” posts. I don’t do that very often because, well, I don’t want to. But once in a while, maybe something I’ve faced can help someone else, so I’ll try to write about it.

Sometimes, your life is going to take you into places you never thought you’d go – I’m referring to bad places you never thought you’d go. A forced career change, a marriage failure, a death, a financial reversal, even a reevaluation of your spiritual convictions. In the past 5-6 years, I’ve experienced all those things. And in the process, some parts of me died. How could they not? That stuff is crazy.

Always wanting to be of service to my loyal readers, I’m going to share with you some of things I’ve done that have helped me to bounce back. There might be other things I could have done, but I did these things. Plus, it’s possible I could have bounced back by only doing a few of the things on this list, but I did all of them…

1.  Don’t keep trying to have stuff/do stuff/be stuff that’s gone. When stuff is over, let it be over. Know when to say when. If you don’t know, ask me – I’ll probably say, Now!!

2.  Do something to serve people. It doesn’t have to be a big thing. Just something to force you to recognize that other people besides you are struggling, too. Being in a time of extreme stress causes us to become incredibly self-absorbed. You have to force yourself to think about other people, even if it’s just in small amounts once in a while. Help in a homeless shelter for an hour, take clothing to the Salvation Army, bring an extra $5 with you when you know you’re going to pass by that same nutty homeless woman and give it to her… just do something, intentionally, for someone else on a regular basis. Get your head out of your own butt for a while.

3.  Forgive some people. I know, this is hard. Even if you don’t want to hang out with them anymore (and for some people, that’s a good idea – see #4), at least change your view of your enemies. If you’re a person of faith, you have to recognize that your enemy is valued by God, as much as you are. Start by acknowledging that and see where that gets you.

4.  Eliminate the people who make you miserable. Just do it; don’t get into lengthy explanations, don’t taper off with them, don’t negotiate. Just drop them.

5.  Do something HUGE, to shock yourself into a new perspective. Like, go to Uganda or something like that.

6.  Learn to play one of the shorter Chopin piano pieces. This may require a prerequisite of some piano background first. But I gotta say, a year or two ago, in a little house on a windy cliff overlooking the ocean, Chopin was good to me. Just saying.

7.  Find some new cool friends. That doesn’t mean you have to get rid of your other friends (except the crazy ones). But supplement yourself with some new cool friends, who didn’t know you before, and who really don’t need to hear about your former life or your adjustments or whatever. They’re just your new cool friends, and you’re starting a new chapter with them. Something about having new cool friends kind of reinforces the fact that your old life is in the past.

Well, that’s pretty much it. Those are the main things I’ve done over the past 5-6 years or so.  I’m not the same person I was back then in some ways, but in many ways I’m better.

2 Responses to How to Bounce Back