Being Invisible in Uganda

Posted on January 6, 2017 by charleysblog 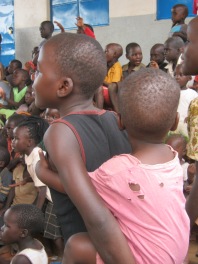 Almost six years ago in the summer of 2011, I went to Uganda for the first time, on a team with Loving One by One Ministries. What I expected to be a one-time visit has now become a major focal point of my life. Now after three trips to Uganda, and after a few years of serving with some amazing people on the board of Loving One by One (LOBO) – it’s time to for me to go back.

There are a lot of good reasons to go to Uganda on a LOBO team, but for me the main reason is pretty straightforward – it’s about getting really simple for a few weeks, not being in charge of anything, not being known by anyone, and immersing myself into the lives of people who are (literally) dying from poverty.  It’s about doing whatever is necessary to change the lives of struggling people – through education, medical care, emergency surgeries, or other ways.

Over a two-week period, LOBO teams provide free medical care to thousands of people. We provide clothing to children whose only new clothing is whatever LOBO brings once a year. We provide life-saving surgeries. We give reading glasses to hundreds of elderly people.  Sometime we get involved with people who are terminally ill, and stay involved with them and their families until the end, and then we pay burial expenses.

A few people in Uganda know who I am; most don’t. To most Ugandans, I’m just another one of the mzungu’s who shows up to help. The people of Uganda are always thankful because they’re nice people – but they don’t know me from Adam (except for that whole fig leaf thing). I’m just another white face in the crowd of many white faces, just trying to help. They might remember my ukulele I guess; but honestly, the people of Uganda have a lot more important things to think about than a crazy mzungu with a ukulele. While I’m here in California agonizing over which of my ukuleles to take to school on a given day, the average mom in Uganda is agonizing over which of her children will eat on a given day. A different problem entirely. 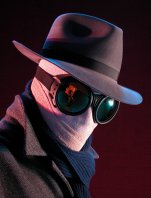 So I’m not personally that big of a deal over in Uganda, and I’m pretty much forgotten once I’m gone. I’m invisible, basically.
But our work isn’t invisible, and it impacts people’s lives for years.

Over the next few weeks, I’ll be sharing stories of what’s been going on lately with LOBO’s work in Uganda, and sharing some of our new plans. If  you’d like to help support my trip to Uganda this summer, send me an email and I’ll give you more information. You can reach me at charley@charleymiller.net.

Lastly, soon I’ll have information about this year’s “Send Charley Back to Africa” Concert. If you’re in the L.A. area, you’re invited! Actually, you’re invited no matter where you are, but I’m just being realistic.

1 Response to Being Invisible in Uganda