Back in January, when the current Congress got started, they spent a few weeks working out a non-binding 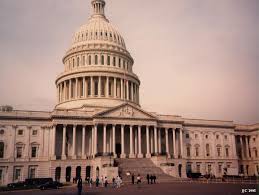 resolution (i.e., a written statement that holds no official legal force) saying they didn’t like the war. Just in case there was anyone in America who didn’t know that already.

Without going into my position on the war, the President, or any specific political position…

Don’t these people seem like they spend a lot of time doing things that don’t matter?

OK, the rant is now over.