Jumping the Gun a Little 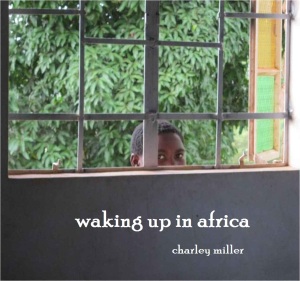 I have some news, and while there’s this sensible part of my brain telling me, “Hey slow down there. Wait until it’s officially done, then make the announcement,” there’s this other part of my brain saying, “Don’t listen to that sensible part of your brain. Do what you want.” So I’m listening to the second voice, the more excited and spontaneous voice.

I’ve just completed my first book, and it’s days away from being published as an e-book on Amazon. That means all you with Kindles, or Kindle reading software on your PC, iPad or iPhone, or whatever else you’ve got, can download it and read it.

The book is called “Waking Up In Africa,” and it’s about my two week adventure in Uganda last summer. All proceeds from WUIA will go to Loving One By One, the organization I worked with in Uganda.  I’ll let you know when it’s online and ready. It’s in the final proofreading stages right now, and hopefully that won’t take more than a few more days (hint, hint to the person proofreading it).

The book will give you a more detailed picture of our team, as we spent two weeks riding a bus driven by a crazy man, going from slum to rural village to the hospital, and other places where hope was needed. Through the efforts of 20-plus team members and a few volunteer Ugandan doctors, thousands of people received medical care for two weeks in July of 2011. Among those thousands were a 17-year-old pregnant girl with HIV, a 4-year-old boy with severely bowed legs, and others who needed immediate, acute care.

The book will also tell you what happened to me, as I went from a pretty low-key, drama-free life in California and found myself dumped right in the middle of neighborhoods full of desperate, dying people in Uganda. I wasn’t exactly the same when I came back.

So watch this blog for book news! I’ll let you know as soon as it’s ready, and I hope when you read it you’ll consider becoming involved in the work of Loving One By One in some way yourselves. Stay tuned.

4 Responses to Jumping the Gun a Little