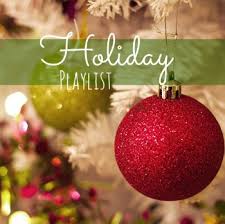 This is Part One of a series of posts in which I will take advantage of some of my strengths… I know a bit about music, I like Christmas music as long as it’s not stupid, and I have a bit of a sarcastic side, which I’ve decided to just go ahead and embrace. So you can all look forward to my insight and general snarkiness as I write a few posts about some of those nutty Christmas/”Holiday” songs playing 24/7 on the radio.

When I say 24/7, I’m not kidding. There’s a radio station out here in L.A. called KOST (get it? we’re near the ocean, i.e., the coast, and they did a clever radio-ish spelling of “coast” with “KOST.” See what they did there)? Anyway, KOST has been playing nonstop Christmas, or as they say, “Holiday” music since a little before Thanksgiving. They do that every year. And then, in an abrupt and rather jarring way, it all stops instantly at midnight on December 26th and KOST goes back to their regular sappy, cheesy love songs.

So tonight as I drove around I had my radio on KOST because, let’s face it, once in a while you need a little Christmas cheesiness. As I drove home from my last stop, I heard three different Christmas/”Holiday” songs, in the order listed below, which deserve a little of the blog mocking treatment:

1. Christmas Shoes (?? or something like that, by some generic country music guy)… It’s one of those story songs, as many country songs are, about a little boy whose mom is very sick and in fact, may go to meet Jesus this very night. So the boy has decided he needed to buy her a pair of nice shoes, just in case she, you know, goes. Well, you know how these kinds of songs are – he doesn’t have enough money for the shoes, and the man behind him in line decides to help pay for them because somehow, the boy’s story of the shoes and his sick mom reminds the next customer of the “true meaning” of Christmas. As I recall from my church upbringing and years of Bible study, I’ve never seen the whole shoe thing come up… Mary, Joseph, Jesus, donkeys, angels, maybe a kid with a drum, but no shoes.

The song ends with some ambiguity. The boy does get to give the shoes to his mom that night, which was nice, but we never get to find out if she goes to meet Jesus that night or not. Or if she maybe gets well, in which case I wonder if he had to return the shoes to the store? Anyway, it’s an interesting, if not bizarre, new Holiday classic.

2. Last Christmas, Miley Cyrus… in this remake of Wham’s 80’s hit, we get to hear Miley at her best, auto-tuning and all. I have to admit I kind of like her version a little better than Wham’s version, because I didn’t like Wham, and I think Miley’s version has a little more groove to it. And as a working musician I can tell you, a little more groove is usually a good thing.

Maybe just one thing I don’t get about Miley’s version of the song – her pronunciations of the word “gave.” I don’t understand why it’s not always the same pronunciation. First she says, “Last Christmas I gave you my heart,” with “gave” pronounced the conventional way. Then she sings, “But the very next day, you gave it away,” with “gave” pronounced with a short “e” sound, like “gehve.” I know it’s a small thing, but I was just wondering.

3. Frosty the Snowman, Jimmy Durante… This was a cool one. Jimmy Durante, long since deceased (and hopefully wearing the right shoes at the time), was a unique song stylist. He had kind of a gruff, growly voice with a cool Brooklyn accent. I’m sure his singing would have been every choral director’s nightmare, but it works well on a song like Frosty the Snowman… “Frosty da Snowman! Was a jolly, happy soul! Wid a corncob pipe anna button nose, an’ two eyes made outta coal!” And at the end, “But he waved goodbye, sayin’ Don’t you cry, I’ll be back again someday!!” I always assumed the lyric sheets he was reading had a lot of exclamation points, because that’s how he sang.

Side note – I spent the morning and part of the afternoon rehearsing portions of Handel’s “Messiah” for a performance tomorrow evening. Now, as I still have some of that music in my head, I keep hearing portions of the “Messiah” sung by Jimmy Durante…. “And da glory, da glory of da Lord!!”

2 Responses to “Holiday” Songs, Part I