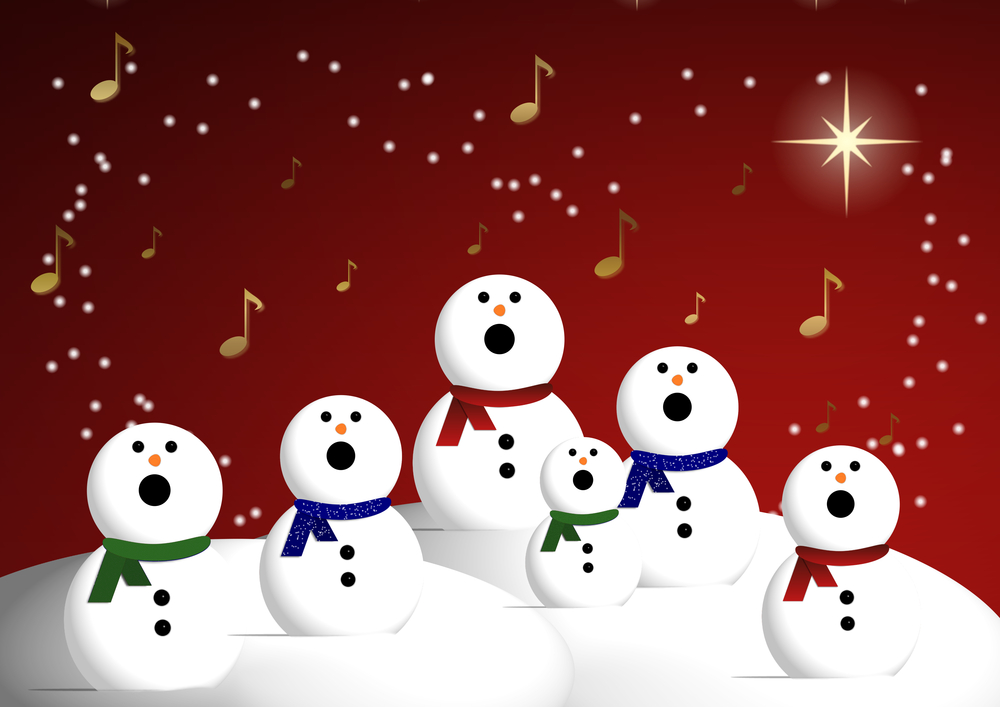 They really shouldn’t let me teach songs to children, because sometimes I just can’t resist the temptation to teach them incorrect, but funny, lyrics. For example, our school’s 5th graders are doing a musical in a few months about the American Revolution, and while it’s always a good and very funny show, some of the song lyrics are a bit on the odd side. For example, “It’s great to be an empire.” So last week as I met with the 5th grade to begin teaching them these songs, I couldn’t resist changing it to “It’s great to be a vampire,” which brought laughs from the kids, and eye rolling from the teacher.

Well, that same tendency spreads to Christmas/”Holiday” music as well. Maybe I’ve just been around it too long, for too many years. I can’t resist messing with it. Although I’m not completely to blame here; I’m the youngest in a family of smart alecks, and because of my older siblings’ “teaching,”  it was many years before I realized “Walkin’ in our winter underwear” was actually supposed to be “Walkin’ in a winter wonderland.” This same group of siblings was also responsible for “Gentle Mary ate her child for a Christmas dinner,” rather than the more traditional, and less violent, “Gentle Mary laid her child lowly in a manger.”

Later on we’ll perspire as we dream by the fire (Winter Wonderland):

Joy to the world, the Lord has gum (Joy to the World):

With a corncob pipe and a butt and nose (Frosty the Snowman);

Olive, the other reindeer (Rudolph the Red-Nosed Reindeer);

While shepherds washed their socks at night (While Shepherds Watched Their Flocks By Night);

And one of my favorites…

We’ll have lots of fun with Mr. Snowman, until the alligators knock him down (more from Winter Wonderland – the Florida Version).